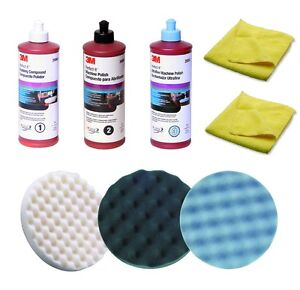 We all know that having your car serviced every 6 months (or sooner) is one of the best ways to fix minor issues with your vehicle before they become larger and more expensive problems. Changing radiator hoses & fluids, changing gear box fluids, oil changes with the correct oil, and keeping an eye on brake pad wear are some of the things every good mechanic does.

There is, however, a particular issue related to fuel economy that is very common among modern vehicles, and one that is often missed even by reputable mechanics. If you have owned a modern car for more than 3 years, you may start to notice a significant decrease in the performance of your car, and you use a lot more fuel. You might think that the car needs a good tune up, and that might be. Ask your mechanic to do this for you, but if don’t see any increase in performance then something else is wrong. What could it be?

Modern cars are continually made more and more fuel efficient in numbers of ways: car body shape, weight, and engine design. Each engine has an optimal fuel to air ratio for the most efficient running. In old cars the carburettor was the place where the fuel was mixed with air. Now engines are fuel injected and the ratio of air to fuel is carefully monitored and controlled. If there is too little fuel we say it is running lean and you do not achieve optimum power. If there is too much fuel we say it is running rich and not all the fuel is being burned correctly. So the fuel-air mixture is critical to getting the best out of your engine.

See also  Keeping the Car - Make a Virtue Out of Necessity

Fuel is easily monitored and fed into your engine by fuel pumps. Now the car doesn’t know what sort of fuel you are using (regular unleaded, premium or ultra premium) but the car’s computer has good data on the amount of air required to burn petrol. Air is also pumped into the engine in the right amount based on some predetermined assumptions and one important measurement.

In order to increase fuel efficiency the one thing that engine designers started having the cars measure was oxygen concentration in the air, using an oxygen sensor. You might think that oxygen always makes up 21% of the atmosphere everywhere, but it can change significantly depending on if you are in a city traffic jam or not! The oxygen sensors pick up how much O2 is in the air and regulate the intake of air to the engine accordingly to get the best fuel-air ratio. They are one of the important things that help modern engines run fuel efficiently.

However, pretty much like everything on a car, the oxygen sensors wear out over time. Oxygen sensors are designed to have a driving life of about 100,000 km, and really start to operate poorly over 120,000km. Typically they will start to measure more oxygen in the atmosphere than what is really there. They tell the car’s computer that the engine is running lean (when it is not) and asks it to increase the amount of fuel in the fuel-air mixture by reducing the amount of air being taken in.

The errors can be quite large and fuel efficiency can drop right off. For example I serviced a Toyota Prado that had more than 120,000km on the clock and its fuel efficiency before the service was 23L/100km. I changed 2 of the 4 oxygen sensors and the fuel economy picked up, and now it is only running 16.9L/100km. That is quite a saving in fuel, and quickly pays for replacing them.

So how do we avoid power loss and fuel consumption problems in modern cars? Here are some simple tips:

2) Compare it to the fuel efficiency you had when your car was new.

3) Ask your mechanic to tune the car first to see if there is an improvement in performance.

3) Replace the oxygen sensors once their driving life is up.

In Australia in 2011, genuine oxygen sensor parts are about $250 each, and non-genuine aftermarket ones are about $100 if you are in a city or major regional centre. With the way fuel prices are these days having correctly working oxygen sensors will save you a bundle and mean your engine is running efficiently and have the power when you need it.