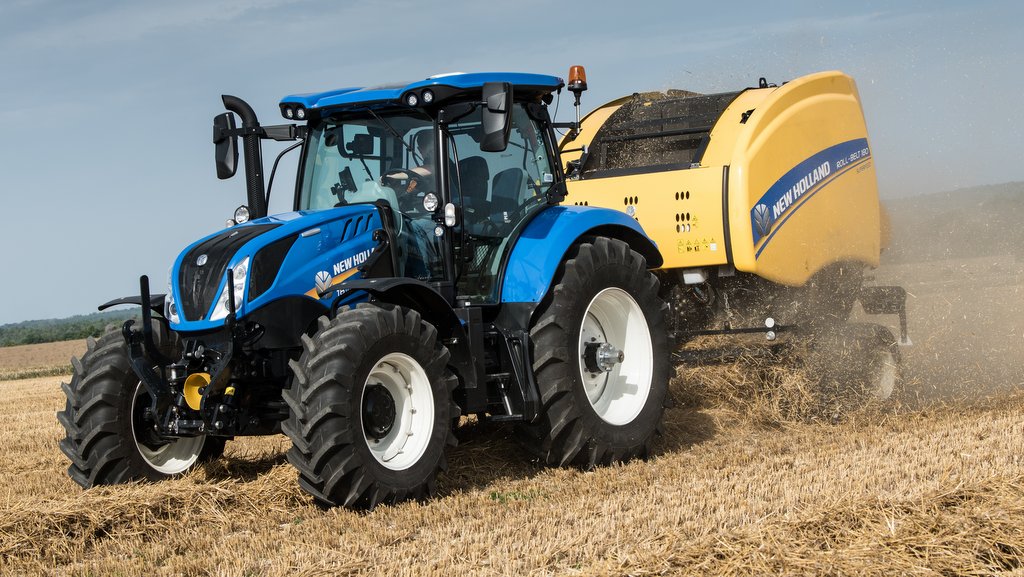 The Dynamic Command dual-clutch transmission has already been certified by the DLG as having good efficiency in the New Holland T6. This should also apply to the new T5 Dynamic Command. In this respect, this transmission should be an interesting, economical alternative for all those who can do without a continuously variable transmission – both in terms of purchase price and fuel costs. The Dynamic Command transmission offers eight powershift ratios, three ranges and a powershift shuttle, a total of 24 forward and 24 reverse gears. The groups are shifted fully automatically, with a brief interruption of tractive effort naturally occurring here. New Holland, however, emphasizes the fact that thanks to the large gear spread within the three groups, they rarely have to be changed. As a further feature of the partial powershift transmission, the manufacturer mentions the StartStop function, which enables clutchless driving when manoeuvring or loading. Tip: Further information on the function and design of the Dynamic Command dual-clutch transmission can be found in the article “New Holland presents T6 tractors with 8-stage Dynamic Command partial powershift transmission”. Comfort is provided by front axle suspension with individual height adjustment and the three preselectable driving and suspension modes Soft, Normal and Hard.

Similar to the T5 Auto Command tractors, New Holland equips the new T5 Dynamic Command with the comfortable Horizon cab including SideWinder II armrest and repositioned mechanical and adjustable suspension. New for the T5 Auto Command and Dynamic Command is the Super High Visibility roof window, which is only separated from the one-piece windscreen by a narrow web and is thus intended to provide the best view for front loader work. In this context, New Holland also draws attention to the compact, manoeuvrable design of the T5 Dynamic Command with a height of 2,695 mm, a wheelbase of 2,490 mm and a steering angle of 55°, which predestines this tractor for yard and front loader work.