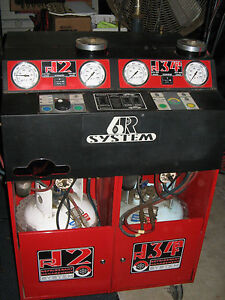 When Ford announced the discontinuation of their Lincoln Town Car line in 2007, taxi and limousine service companies alike were dealt a major blow. Not only was it the signal of death for one of the most durable, luxurious American cars ever manufactured, it was the death of the car service industries flagship vehicle. Gone would be a vehicle known to look good and still withstand the harshest of conditions, road elements and excessive mileage that would make a diesel Mack truck cringe. The shakeup would drive the industry looking for future alternatives accompanied by more question marks than answers.

If it’s not broken, don’t fix it. It’s a common phrase often used but never seemingly followed. The Lincoln Town Car has serviced the limousine and “Black Car” industry for decades. A vehicle that combined durability with a distinct style of class from head to toe, Lincoln had a produced a vehicle that really had no rivals. Where companies like Mercury and Cadillac produced respectable industry vehicles, their fleet presence was most often dwarfed and surrounded in company parking lots by the Town Car. It wasn’t a knock at the quality of the Mercury or Cadillac but a testament to the greatness of the Town Car. Ford was genius with their concept. They produced a vehicle that would maintain its classy look for years to come by offering car service companies vehicles that always seemed to have a new age body style, year after year. A trunk design big enough to fit multiple pieces of large luggage, the Town Car could accommodate an entire group of people and still offer the legroom to stretch out. The quality of the interior was no slouch either. Matching and at times exceeding the plush of other high end luxury vehicles on the market, Lincoln’s version of quality could be had for less than half of the price. A car that could push the limits of the odometer, still look good and drive like the day it left the dealership lot, the All-American car could be serviced with genuine parts that could be had at dirt cheap prices.

See also  Types of Common Masks to Wear in Public

With the announcement of the discontinuation of the Lincoln Town Car, limousine and car services alike have been left scrambling to find replacement vehicles that can match the price, durability and high class look. While many car manufacturers have stepped up to the plate and have attempted to overtake the throne once held by Ford, industry consensus confirms nobody has been able to generate anything more then a small gust of wind. While the usual suspects, which still include the Town Car, Grand Marquee along with various models by Cadillac continue to be the preferred vehicle of choice for many fleets, reality will soon begin to set in. Rivals have slowly found cracks in the foundation and are beginning to leak through into the luxury car service industry. Over the past couple years, prominent companies such as Lexus and BMW have introduced extended versions of their high end models geared specifically toward the industry. Even disregarded and previous dark horse company Hyundai has emerged with a vehicle of its own. Dubbed the “Equus,” Hyundai has broke free of its traditional reputation of inferiority and appears to have a delivered a vehicle that will pose a major threat to the limo industry car manufacturers.

It’s no question that the future of the limousine industry will ultimately rest upon the innovations of electric and green related technology. For now, the stakes are getting higher as the 2.0 version of the limousine and car service flagship vehicle continues to remain in a serious state of question. With the death of the Lincoln Town Car, the footprint of some large shoes will need to be filled.